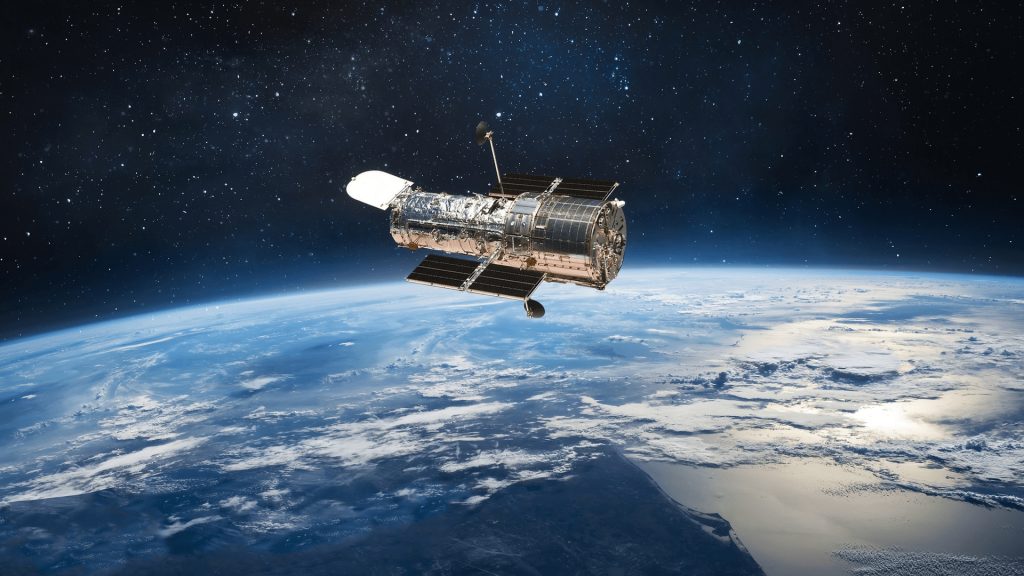 Researchers have designed a state-of-the-art walking robot that could revolutionize large construction projects in space. They tested the feasibility of the robot for the in-space assembly of a 25m Large Aperture Space Telescope. They present their findings in Frontiers in Robotics and AI. A scaled-down prototype of the robot also showed promise for large construction applications on Earth.

Maintenance and servicing of large constructions are nowhere more needed than in space, where the conditions are extreme and human technology has a short lifespan. Extravehicular activities (activities done by an astronaut outside a spacecraft), robotics, and autonomous systems solutions have been useful for servicing and maintenance missions and have helped the space community conduct ground-breaking research on various space missions. Advancements in robotics and autonomous systems facilitate a multitude of in-space services. This includes, but is not limited to, manufacturing, assembly, maintenance, astronomy, earth observation, and debris removal.

With the countless risks involved, only relying on human builders is not enough, and current technologies are becoming outdated.

“As the scale of space missions grows, there is a need for more extensive infrastructures in orbit. Assembly missions in space would hold one of the key responsibilities in meeting the increasing demand.”

In their paper, Nair and his colleagues introduced an innovative, dexterous walking robotic system that can be used for in orbit assembly missions. As a use case, the researchers tested the robot for the assembly of a 25m Large Aperture Space Telescope (LAST).

Ever since the launch of the Hubble Space Telescope and its successor, the James Webb Space Telescope, the space community has been continuously moving towards deploying newer and larger telescopes with larger apertures (the diameter of the light collecting region).

Assembling such telescopes, such as a 25m LAST, on Earth is not possible with our current launch vehicles due to their limited size. That is why larger telescopes ideally need to be assembled in space (or in orbit).

“The prospect of in-orbit commissioning of a LAST has fueled scientific and commercial interests in deep-space astronomy and Earth observation,” said Nair.

To assemble a telescope of that magnitude in space, we need the right tools: “Although conventional space walking robotic candidates are dexterous, they are constrained in maneuverability. Therefore, it is significant for future in-orbit walking robot designs to incorporate mobility features to offer access to a much larger workspace without compromising the dexterity.”

The researchers proposed a seven degrees-of-freedom fully dexterous end-over-end walking robot (a limbed robotic system that can move along a surface to different locations to perform tasks with seven degrees of motion capabilities), or, in short, an E-Walker.

They conducted an in-depth design engineering exercise to test the robot for its capabilities to efficiently assemble a 25m LAST in orbit. The robot was compared to the existing Canadarm2 and the European Robotic Arm on the International Space Station. Additionally, a scaled down prototype for Earth-analog testing was developed and another design engineering exercise performed.

“Our analysis shows that the proposed innovative E-Walker design proves to be versatile and an ideal candidate for future in-orbit missions. The E-Walker would be able to extend the life cycle of a mission by carrying out routine maintenance and servicing missions post assembly, in space” explained Nair.

“The analysis of the scaled-down prototype identifies it to also be an ideal candidate for servicing, maintenance, and assembly operations on Earth, such as carrying out regular maintenance checks on wind turbines.”

Yet a lot remains to be explored. The research was limited to the design engineering analysis of a full-scale and prototype model of the E-Walker. Nair explained: “The E-Walker prototyping work is now in progress at the University of Lincoln; therefore, the experimental verification and validation will be published separately.”

This article was originally published on the Frontiers blog.

Going out on a Bionic Limb

Top Factors to Consider When Getting an Insurance

Everything About Mark Williams

How to Implement Digital Marketing Campaigns in Criminal Defense