Iraqi-British architect Zaha Hadid received the coveted Pritzker Architecture Prize as the first Arab woman. She was regarded as a pioneer of modern avant-garde architectural trends due to her extremely expressive designs with sweeping, flowing shapes from numerous perspectives. She was the genius behind the designs of the London 2012 Olympic aquatic center and the Broad Art Museum in the United States, among others, and is famous internationally for her experimental styles and inventive ideas. She was raised in opulence and attended boarding schools in England and Switzerland after being born into an affluent family in Baghdad. Even as a little girl, she had no doubt that she would pursue a professional career in the future. Before attending the Architectural Association School of Architecture in London, she studied mathematics at the American University of Beirut. She finally became a British citizen and established a highly successful architecture firm after becoming a citizen. Her creative ideas and experimental styles garnered great worldwide attention, and within a few years, she became a world-famous architect. In addition to her architectural profession, she also pursued a teaching career and completed notable interior design projects.

Visit our blog page to learn more useful information about maintaining your fridge. 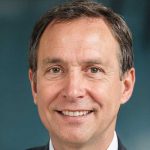 Why Are Underground Homes So Good For Many?

How To Remove Mold From Leather Jacket?