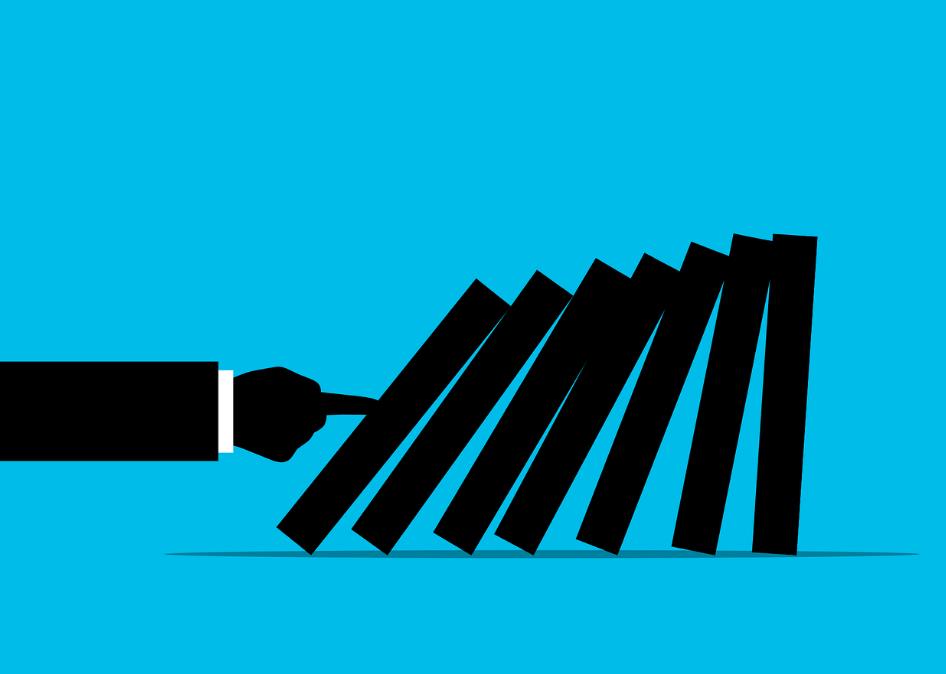 It amazes me that so many people still cannot understand what is happening.  2022 was supposedly going to be a year when America entered a new golden age of prosperity, but that didn’t happen.  Instead, it was a complete and utter disaster.  Stock prices fell by the most that we have seen since 2008, the cryptocurrency industry came apart at the seams, inflation soared to absurd heights, and home sales just kept declining all throughout the year.  Without a doubt, 2022 represented a major turning point.  Americans have already collectively lost trillions of dollars, and many experts are telling us that 2023 will be even worse.

We warned over and over again that the party on Wall Street would eventually come to a very bitter end, but most people didn’t want to listen.

Well, the party has now ended, and the stock market losses that we have witnessed over the past 12 months have been absolutely staggering…

As of closing time on Friday evening, the Dow Jones Industrial Average fell by nearly 3,500 points since the start of the year, a 9.4 percent drop.

The S&P 500 was also down by 957 points this year, with the tech-heavy index falling by almost 20 percent, capping off a brutal year for the tech industry.

More than a third of the entire value of the Nasdaq is already gone.

Just think about that.

Of course some stocks were hit much harder than others.

Tesla is down about 70 percent from the peak, and Elon Musk “has become the first person ever to lose $200 billion from his net worth”…

Tesla CEO and Chief Twit Elon Musk has become the first person ever to lose $200 billion from his net worth, according to a Bloomberg report.

Musk, 51, previously became the second person ever to amass a fortune of more than $200 billion in January 2021, after Amazon founder Jeff Bezos. Musk has now seen his wealth drop to $137 billion following a recent drop in Tesla shares.

Musk saw his fortune peak in November 2021, hitting $340 billion, and held the title of the world’s richest person up until last month. Musk was ultimately toppled off the throne by Bernard Arnault, the CEO of French luxury giant LVMH.

You have to give him credit for holding up so well under the circumstances.

200 billion dollars is an amount of money that is so large that it is almost unimaginable.

Facebook also got monkey-hammered over the course of 2022.  At this point, Facebook stock has fallen over 64 percent from where it was last January…

On the last day of trading this year, Meta’s stock was down more than 64 percent compared to January, with prices sinking from over $338-per-share to now $120-per-share.

The company has lost more than $600 billion in valuation as it spend billions to make its controversial leap to virtual reality with its Metaverse, with the efforts continuing to come up short.

Perhaps Facebook shouldn’t have put so much effort into banning and censoring millions of their best users.

What an incredibly stupid thing to do.

When I go on Facebook these days, it just feels so incredibly dead.

There are still a few diehard users hanging around, but overall it is just a pathetic hollow shell of a social media platform at this point.

Speaking of implosions, 2022 was an absolute disaster for the cryptocurrency industry.  The following summary of what we witnessed over the past 12 months comes from Zero Hedge…

Among all the chaos and downfall of many crypto exchanges and leading venture capital firms, the biggest losers are crypto investors. If the burn of the bear market was not enough, millions of crypto investors who had their funds on FTX lost their life savings overnight.

Terra was once a $40 billion ecosystem. Its native token, LUNA — now known as Terra Classic (LUNC) — was one of the top five biggest cryptocurrencies by market capitalization. With millions of customers invested in the ecosystem, the collapse brought their investment to zero within hours. After the Terra collapse, crypto investors lost their funds on a series of centralized exchanges and staking platforms like Celsius, BlockFi and Hodlnaut. Crypto investors also lost significantly in the nonfungible token market, with the price of many popular collections down by 70%. Overall, crypto investors are among the biggest losers of the year.

The total value of all cryptocurrencies exceeded 3 trillion dollars at the peak of the market.

Now the total value of all cryptocurrencies has fallen to less than 1 trillion dollars.

Hopefully you got out before the crash happened.

2022 was also a year when we experienced very painful inflation.

Food prices, energy prices and vehicle prices all went completely nuts, and many compared what we were going through to the Jimmy Carter era of the 1970s.

But this shouldn’t have been a surprise to any of us.  Starting in 2020, our leaders absolutely flooded the system with new cash and the size of the money supply absolutely exploded.

Increasing the size of the money supply so dramatically was inevitably going to cause prices to go haywire, and anyone that thought otherwise was just not being rational.

In a desperate attempt to fight the inflation monster that they helped to create, officials at the Federal Reserve aggressively raised interest rates throughout much of 2022.

As a result, we now find ourselves in the midst of another horrifying housing crash.  Home values are now steadily receding all over the nation, and home sales have been falling month after month.

Home sales have already fallen by more than a third.

How much lower can they possibly go?

I don’t know, but we are being warned to brace ourselves for more hard times ahead.

In fact, even the IMF is publicly admitting that “the worst is yet to come”…

“The worst is yet to come, and for many people 2023 will feel like a recession,” the IMF said in October, noting the slowdown “will be broad-based” and may “reopen economic wounds that were only partially healed post-pandemic.”

If only they knew.

We aren’t just heading into a temporary economic downturn.  Ultimately, the entire system is starting to fall apart all around us, and the years ahead are going to be incredibly challenging.

Our leaders have been making mistake after mistake for decades, and now we get to pay the price.

So buckle up and hold on tight, because 2023 is not going to be pleasant at all.

How to Improve Your Child’s Handwriting Skill

Tips To Choose The Best Distribution Center In New York

The Value of Sign Holders for Your Business’ Marketing Campaigns

A new type of material called a mechanical neural network can...